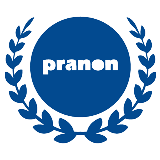 We are a 4IR based company specialized on AI & Blockchain. Get in touch with our industry experts. Looking to optimize your production process?

Let’s get you the right solution.

What is a blockchain?

A blockchain is a distributed, cryptographically-secure database structure that allows network participants to establish a trusted and immutable record of transactional data without the need for intermediaries. A blockchain can execute a variety of functions beyond transaction settlement, such as smart contracts. Smart contracts are digital agreements that are embedded in code and that can have limitless formats and conditions. Blockchains have proven themselves as superior solutions for securely coordinating data, but they are capable of much more, including tokenization, incentive design, attack-resistance, and reducing counterparty risk. The very first blockchain was the Bitcoin blockchain, which itself was a culmination of over a century of advancements in cryptography and database technology.

What is a blockchain database?

Historically, databases have incorporated a centralized client-server architecture, in which a sole authority controls the central server. This design means that data security, alteration, and deletion rests with a single point of failure. The decentralized architecture of blockchain databases emerged as a solution for many of the weaknesses of centralized database architecture. A blockchain network consists of a large number of distributed nodes––voluntary participants who must reach consensus and maintain a single transactional record together.

What is a blockchain system?

A blockchain system refers to all the aspects and features that go into a particular blockchain, everything from the consensus algorithm to the state machine to cryptographic functions. As Andreas Antonopoulos and Gavin Wood note in Mastering Ethereum, there are “a huge variety of blockchains with different properties”––qualifiers “help us understand the characteristics of the blockchain in question, such as open, public, decentralized, neutral, and censorship-resistant.”

How does a blockchain work?

When a digital transaction occurs in a blockchain network, it is grouped together in a cryptographically-secure “block” with other transactions that have occurred in the same time frame. The block is then broadcast to the network. A blockchain network is comprised of nodes or participants who validate and relay transaction information. The block of transactions is verified by participants called miners, who use computing power to solve a cryptographic puzzle and validate the block of transactions. The first miner to solve and validate the block is rewarded. Each verified block is connected to the previously verified block, creating a chain of blocks. One important cryptographic underpinning of blockchains is the hash function. Hashing assigns a fixed value to a string that is inputted into the system. Blockchain hashing power results in a deterministic, quickly-computable, and preimage-resistant system. Explore our knowledge base to learn more about how a blockchain works.

What are the benefits of blockchain technology?

Blockchain technology has a wide variety of benefits, for both global enterprises and local communities. The most commonly cited benefits of a blockchain are trusted data coordination, attack-resistance, shared IT infrastructure, tokenization, and built-in incentivization.

What is Artificial Intelligence?

Artificial Intelligence is when a software or a particular model developed can perform complex tasks on its own without requiring any assistance from humans. The more formal definition of AI can be stated as follows: “The theory and development of computer systems able to perform tasks normally requiring human intelligence, such as visual perception, speech recognition, decision-making, and translation between languages.” Artificial Intelligence is a humungous field of study consisting of various sub-fields, including machine learning, deep learning, neural networks, computer vision, natural language processing, and so much more. Artificial Intelligence is believed to be the technology of the future that can combat numerous problems in a variety of fields ranging from robotics, medical sciences, logistics and transportation, finances, and tons more utility services in industries. I would highly recommend checking out the following article about demystifying Artificial Intelligence from the link provided below to gauge a more superior understanding of this field.

How powerful is AI?

To answer this question, let us briefly look at the complex history of Artificial Intelligence, especially the field of neural networks. The concept of AI and its limitless abilities were gauged almost a few decades ago. AI was expected to be the next big thing to provide solutions to existing problems.

With the passing of time, people realized that Artificial Intelligence wasn’t as simple as expected. And to perform complex activities would almost be impossible, especially with the existing technologies during that period.

Initially, AI wasn’t as successful as it was deemed to be due to the lack of data as well as the technological resources to withstand the capacity of performing complex permutations and combinations.

However, during our current era, we have come to the conclusion that Artificial Intelligence is the potential future to create a revolutionary world. AI can even solve certain complex tasks, which would probably take humans more time comparatively.

The simple answer to the question — “How powerful is AI?” in the modern era depends on the capability of the researcher working on the computation of the program. The skill of the developer helps make the AI model sufficiently good enough to solve a particularly complex task as soon as possible.

With the rise of Graphics Processing Units (GPUs), you can help compute AI models faster and develop innovative stuff. As of right now, AI is quite powerful to solve a set of tasks that is assigned to it efficiently and effectively. However, it hasn’t reached its peak yet, and we are a few years away from that point.

Can AI take over the world?

Science fiction (Sci-fi) movies have changed some people’s perception of Artificial Intelligence. They image robots programmed with AI will become so powerful that they will eventually destroy their creator and destroy the entire world leading to the development of a new AI-controlled species.

An intriguing storyline, but untrue for it to realistically occur anytime in the near future!

It is undeniable that Artificial Intelligence has come a long way and developed into a unique feature of the modern world. Despite the advancements in AI, most of the tasks are still done under some kind of human supervision in the working or the development stages.

Artificial Intelligence is also limited to be the particular task that it is programmed to complete. An interesting example is self-driving cars, where AI takes control of the car and drives it to the desired destination of the user’s choice. However, the AI is only limited to the driving of the car precisely and no other external tasks.

So, for AI take over the world as shown in the sci-fi movies, we are still at least a few decades away from such an outcome. But, just to keep the curiosity around this speculation, it could eventually be possible in the future! Although currently, this is only fiction.

How close are we to achieve AGI?

Artificial General Intelligence is an intriguing concept. AGI is when an Artificial Intelligence program can compute, evaluate, and work on multiple tasks with human-level integrity and intellectuality.

Despite continuous research work and technological advancements, the field of Artificial General Intelligence has not yet achieved productive results. The experimentation and investigation regarding this concept are continuously being evaluated, hoping for a better result in the near future.

According to experts, the main reason Artificial General Intelligence has not yet been possible and accomplished is due to the fact that it is almost impossible to replicate the human brain.

Though neural networks perform a magnificent job at performing the specific complicated tasks that they are assigned, they are unfortunately not a replacement for the human brain.

GET IN TOUCH TODAY.